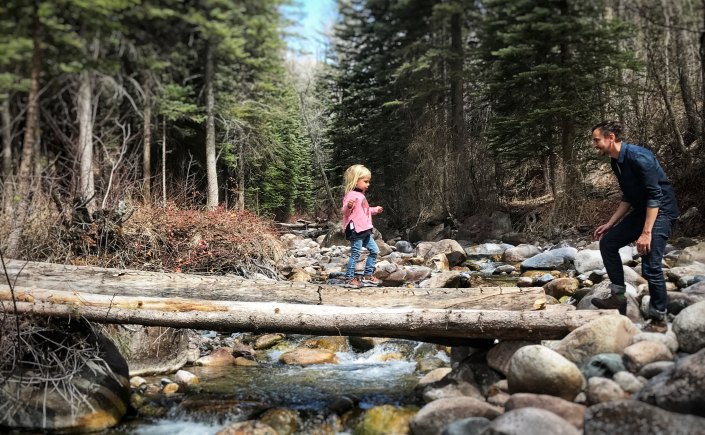 Most people are either geared towards grace or truth. Either we believe in unconditional love and forgiveness or we tend to put a higher focus on what is true and right. Sometimes we are grace oriented in one sphere of life and truth in another. There is a way, however, to bring both grace and truth into every area of our lives, and if we think about it, we desperately need both. Let me explain what I mean.

Grace oriented people often see how deeply weak and wounded most people are, including themselves. Their creed is a “all we need is love,” always looking for redemption. They often point out that the truth people are hypocritical. Truth people tend to emphasize what is right and true and sometimes exclude anyone who does not conform to their standards. This can be seen perhaps most starkly in religious people who appear to have little love or compassion for the sins of others. If you are a grace person, you are probably nodding your head here. Does not attachment theory in psychology tell us that the love we received or failed to receive as a child powerfully impacts us? Only healthy, loving attachments can heal those wounds, and who is more loving that almighty God, who, according to Christianity “is love”? Therefore, the grace person mostly concerns herself with loving others, giving them uncritical freedom. She thinks we should rarely correct or judge behavior to be wrong even if we see how destructive it is.

Grace people, however, have to realize that there is a limit to their perspective. Truth actually does matter. Truth leads to wisdom and boundaries. It highlights the stark realities of human nature. Though we sometimes look like we are born from angel dust, more often than not we appear born from sin. How many of us have been left trembling by the callous, selfish, and outrageous actions of people we thought were incapable of such things? And how much worse when we realize how selfish we ourselves can be. Anyone who has studied history will know how brutal the past was; the present is not that much better. In our own century, we had the Nazi (National socialist) and Communist regimes, both of which together inflicted over 100 million casualties in their pursuit of utopia (Utopia is ironically a very grace-oriented idea). And we all know that even forgiveness does not mean letting other people hurt you again and again. Forgiveness means letting go of need to inflict justice over a wrong, not making the person pay anymore. It does not mean forgetting what happened or stupidly leaving ourselves open to more abuse. Grace has limits, at least in the sense that people often refuse it and go their own way.

Truth people will be nodding their head to all that I’ve said in the last paragraph. They care about facts, right and wrong, and reality. They see the outcome of flakey philosophies which state that there is no truth or that everyone should be equal in every way. These notions are not grounded in any facts. Truth people understand simple biological facts about gender differences. They are astounded at the mob mentality of social media. They can see when people are doing something self-destructive or irrational and usually are the first ones to point it out. They also note that the grace people have a pattern of being hypocritically intolerant of anyone they think does not belong to the grace-tribe.
But truth people need to see that even they fall short of their own standards. How good is really good enough? This is especially true as it relates to relationship with the Almighty. Nobody is capable of being perfect, says Paul. “All have sinned and fallen short of the glory of God” (Romans 3:23). Jesus told parables about self-righteous people like the pharisee who “thanked God he was not like everyone else” and the elder brother who refused to go into the party the Father had laid out for the wasteful younger brother (Luke 18, Luke 15). Truth without grace ultimately crushes the truth person under the weight of the law that they themselves have failed to keep. It often leads to callouse self-righteousness, hypocrisy, and mere outward conformity to the rules. All the while the truth person is desperately trying to cover up his own need for grace and forgiveness.

For all these reasons grace without truth and truth without grace are incomplete. Only in Jesus Christ can we really put the two together. How so? Jesus Christ is the one who embodied these two realities perfectly, so in him we have a perfect example of what it looks like. He could speak a word of truth with absolute love. Just read the gospels to see for yourself. But more than that, Jesus loved us to death, literally, showing us how we can reconcile grace with truth. At the cross, “Love and faithfulness meet together; righteousness and peace kiss each other” (Psalm 85:10). Jesus bore our sins and the weight of God’s justice on the cross to reveal God’s great unconditional love. The cross turns our grace into real grace that recognizes falsehood and sin, rather than just overlooking it or explaining it away. The person who zealously strives to balance grace and truth without Jesus has to ask herself a question. What philosophy or religion has ever united grace and truth in a more coherent, beautiful, and historically accessible way than that of Jesus Christ? Often I suspect that the rejection of Jesus Christ, either outright or in practice, is for one of two reasons. Either the truth person does not want to accept that radical message of forgiveness available to the worst offenders who embrace Jesus, or the grace person does not want to accept that God would speak clearly in a way that seems to exclude those who don’t accept it. But Jesus can offer forgiveness in a way that bears the weight of truth while telling the truth in a way that beckons in grace to the loneliest outcast. “In him we have all received grace in the place of grace” but also the fullest expression of “grace and truth.” (John 1:16-17).