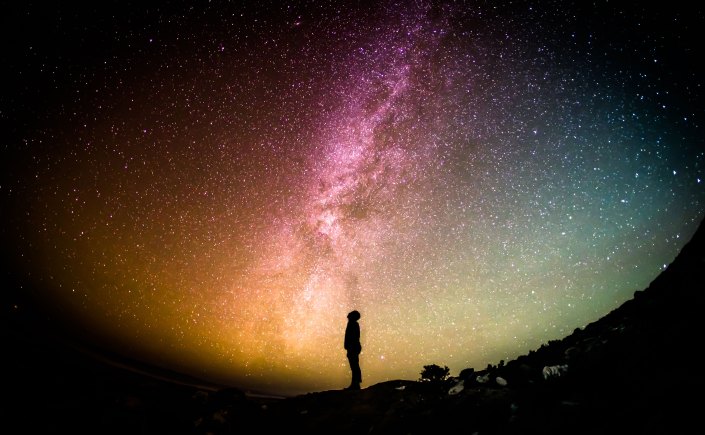 Tradition, reason, and experience.  Whether we know it or not, these three ways lead us to our creeds.  Some believe out of tradition, simply following what their ancestors taught.  Others believe because of reason, investigating arguments that lead them to rational conclusions.  Others believe out of existential experience, finding more poetic and inspirational ways to knowledge.  Whether one’s position is secular or religious, these three ways guide our footsteps.

Many of us are skeptical of tradition.  We recognize that tradition is not always a safe method of finding the truth.  But we ought not be overconfident about that.  G.K. Chesterton once called tradition the “democracy of the dead.”  It ought to have some staying power because it represents the votes of our forebears.  For this reason, I’m unwilling to throw out all tradition.  In fact, we need tradition, and if we don’t follow our family’s tradition we will simply look for some other tradition to link up with.  Many traditions in our modern milieu can look utterly non-religious.  They may take the form of a club, a sport, a philosophy, let alone a religion. Traditions usually have some form of repetitive rituals that give meaning to a community.  Traditions also may include Scripture, the notion that a higher order of intelligence, such as God or the gods, has revealed certain things to be true. Scripture has advantages if true because it allows humans to access something beyond the normal realm of human investigation.  At the same time, it seems to me that any claim of Scripture should be open to verification or falsification. In our secular culture, we often experience the cross-pressures of many different traditions. There may be political, religious, and social traditions, pulling us in different directions.  Tradition provides a pattern of life we can conform to that may have more wisdom than anything we can come up with on our own.

Reason has been trumpeted by the new atheists as the ultimate arbiter of truth.  I actually, though not an atheist, partially agree with them on this statement. Without reason, belief claims appear vapid and void of all substance. Just like in Orwell’s novel 1984, 2+2 could then equal five.  Yet there is still a problem with a naive faith in reason; if our character is distorted, that will influence how we interpret the facts and evidence.  Since people are so easily swayed by emotions, traditions, pop-culture, moral practices, and personal psychology, these will affect our reasoning processes.  In other words, reason will always be limited by the character of the reasoner.  At the same time, the tradition and existential experience have no basis without reason.  We must be have strong evidence to support our beliefs.

Existential experience is a powerful pull for people today. Many, if not most in Western culture, are what sociologists have termed “expressive individualists.” Philosopher James Smith defines this as the tendency to see life as something that we each individually need to realize for ourselves. We believe that we are called to express that way of life rather than conform it to models given to us or imposed by others. The goal of life is therefore authenticity rather than living out a tradition or a reasonable point of view. A quick glance at our fascination with actors and musicians will verify our commitment to the expressive way of life. Many also look to the pragmatic to determine truth, to what works versus what doesn’t work.  The expressive individualists have a point in all this. We ought to seek know ourselves, and this is an intensely personal and individual quest. But at what cost do we express ourselves when the facts and external reality are at odds with us? This is where tradition and reason can help sort out our true-selves from our muddled false-selves. Harry Frankfurt points out in his masterful book, On Bullshit, that it is impossible to be authentic unless there is a truth about ourselves that we can be authentic about. And generally speaking, reason and tradition help experience find that truth.

The philosopher and inventor Blaise Pascal once pointed out that every religion has tradition and experience. But no religion but Christianity has reason. That’s a very strong claim. And Pascal’s statement applies not just to religions but also non-religious views of the world. Now, I can’t begin to defend this claim as a whole in this article.  That would take an entire book.  But let’s look at the claim briefly. Did you realize that we have very little historical access to most religious claims? Most religions are set so far into the past that historians cannot access them, and most do not depend on historical facts being true anyways. The great monotheistic religions of Judaism, Christianity, and Islam do have much overlap with history, however. This adds a huge evidential component. The claims can be investigated.  Along with history, we also have to ask whether a religion or a philosophy is coherent or not. Without naming names, I’ll just put out there that many religions and philosophies, while containing beauty and even promoting goodness, are incoherent. They make claims that are self-refuting or logic denying.  Pascal claims that only Christianity can truly pass the test of reason. The only way to find out if that’s true would be to investigate it for yourself.  Maybe you’ll come up with different conclusions.

In the pursuit of truth, tradition, reason, and experience each play a crucial role.  Might it be that some have only used one or two of these means of discovery when all three can shed light on the truth? Truth ultimately is the most beautiful thing we can find, even when it may bring pain and loss.  Discovering truth is much like what St. Paul said in his letter to the Corinthians.  “What no eye has seen, nor ear heard, nor the heart of man imagined, what God has prepared for those who love him” (1 Cor. 2:9).  If that or something much like that is true, who wouldn’t want to know it?